The following article by Jessi Rita Hoffman was originally published as a guest post on the WriterUnboxed.com website, ranked by Writer’s Digest as 2016’s number-one blog for fiction writers.

Whether you write YA, romance, fantasy, or actual thrillers, there are times in any novel where an action scene is called for. These scenes can be among the hardest to write. What runs like an exciting movie in your imagination can end up clunking along on the page, causing even your own eyes to glaze over. And we all know dull action scenes are the kiss of death for any story.

So what goes wrong in action-scene writing? What can you do to avoid the pitfalls, and how do you tone up a limping action scene ? 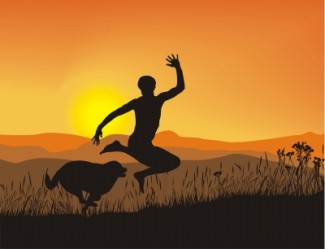 In this article, I’ll share the common errors I’ve observed writers make in my work as a book editor and writing coach. Surprisingly, it’s usually not what is missing in an action scene that’s the problem—it’s what is there that needs to be removed.

Why? Because an action scene needs to pop. It cannot tolerate clutter of any kind. Other sorts of scenes are more forgiving, but action scenes must speed across the page with the pace of the action they describe. For that, there can’t be interference. Even a few minor flaws are enough to weigh down the writing and spoil the tension. Typically, the problem with action scenes is not lack of imagination. It’s lack of translation—translation of the writer’s vision to the page.

Here’s the awkward first draft of an action scene written by one of my clients, an aspiring novelist:

With a deafening roar, the tan MRAP armored personnel carrier, the lead vehicle in Alicia’s convoy, launches at least thirty feet into the air, disappearing for a moment in a cloud of smoke and dust. The forty-ton truck and the men inside make almost a full revolution before the truck slams back down on its side onto the gravelly road. The pressure wave rocks her vehicle as the sound of the exploding IED hits her ears.

A whoosh, a blast, followed by heat and flame—rocket-propelled grenades hit the fuel tanker in front of her. Jagged shards of aluminum fly everywhere. The fuel and gasoline are burning, flowing in the ditch to the left of her armored truck in her direction.

She feels the heat radiating onto her pale face through the glass, nearly singing her shoulder-length, light-brown hair. Her low-grade headache from the morning has returned. It’s now a searing pain.

They have to get out of the kill zone.

Here’s how the scene read after it was critiqued and revised:

With a roar, the jeep at the head of the convoy launches into the air in a burst of smoke and dust. It makes a full revolution, slams down on its side. The pressure wave rocks Alicia’s truck as the sound of the exploding bomb hits her ears.

A whoosh, a blast—rocket-propelled grenades hit the tanker in front of her. Shards of flying aluminum. Gasoline burning … flowing into the ditch, rolling in her direction. She feels the heat radiate through the glass.

They have to get out of the kill zone.

What did the writer do that makes the revised scene so much more gripping? To determine that, let’s identify the problems in the original version of the scene …