Sometimes nonfiction authors get confused about appendices: when they are needed, how to do them, and when they are better left out. This article will answer all the appendix questions my clients have asked me over the years, for the benefit of my author readers. The plural of appendix is appendices, by the way. While it’s becoming increasingly acceptable to write “appendixes,” most people frown on that and consider it a spelling error. Your best bet is to use the traditional spelling to avoid appearing like you are in the wrong.

What Is an Appendix?

An appendix is supplementary material (usually an article, form, or list) that an author adds to the back of the book. It can be anything you want your readers to have that doesn’t really belong in the heart of the book, in the chapters. Sometimes you have a body of information you want to share that is too long, too complex, or too tangential to fit neatly within the context of a chapter—information that would interrupt the flow of the writing. The solution: insert the information in a big lump at the end of the manuscript, as an appendix.

Here are a few examples from books I have edited:

How to Format Appendices 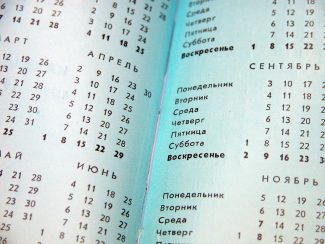 If your book has one appendix only, you would simply write “Appendix” in bold letters at the top of the first page and insert the material you want to share beneath it (with the title appearing at the top of the material but beneath the word “Appendix” and in smaller letters). If you have two or more appendices, the heading at the start of the section should be “Appendices” in bold letters, and beneath that you would enter each appendix, assigning a unique alphabet letter to every one. In other words, you would have Appendix A, Appendix B, Appendix C, etc., using up as many alphabet letters as you need to cover all the appendices you were making. You would place the words “Appendix A” underneath “Appendices” and in smaller letters. Then you’d enter the title of the article, form, or list, and beneath that, you’d insert the article, form, or list in its entirety … and so on until you came to the end of your appendices section.

I hear you wondering: “Do I need to obtain permissions to include an appendix?” The answer varies depending on the appendix. In the example of the U.S. Constitution, the author didn’t need to obtain permission because there are no copyright holders for that manuscript. It’s in the public domain. In the case of the real estate author, the forms he wished to include were ones he had written himself, so no permissions were necessary. Had he borrowed them from someone else’s book or online website, he may or may not have needed to get permission. Yes, if they were created by a private party. No, if they were forms available in the public domain (say, on a government website). A good rule of thumb is: when in doubt, obtain permission. Always list any permissions at the start of the book on your copyright page.

And yes, do list all appendices in your Table of Contents. List the letter of the appendix and next to that, its title. Example: Appendix B: U.S. Constitution.

But Do You Need an Appendix?

Do you need appendices for your book? That depends on the book. Only include them if they promise to enrich the book in some real and relevant way. If I were writing a book on how to publish, and I had a chapter on how to find an agent, it would certainly be appropriate to include an appendix that listed agents and their contact information. If I were writing a how-to book on caring for a pet bunny, I might add an appendix listing reputable sites for buying bunny supplies online. But if my book were inspirational nonfiction about how to be more self-confident, perhaps no appendices would be needed. Or perhaps they would be, if I had developed exercises and questionnaires for the reader to complete. (A word about exercises: generally these belong at the back of the chapter they relate to, not at the back of the book as an appendix, but if you have exercises that involve filling out forms and questionnaires, these might take up too much room in the chapter sections and interrupt the flow of the writing, so you would put them in an appendix.)