The following article by Jessi Rita Hoffman was originally published as a guest post on www.JaneFriedman.com. (Jane Friedman is the former publisher of Writer’s Digest.)

As a writer, you’ve probably heard the advice about avoiding passive voice and colorless verbs, such as is, was, went, and so on. But you may not be aware of what I call the “stammer verbs” that mar the novels of many budding authors.

As a book editor, I find two verbs in particular repeatedly used in a stammering way by many beginning novelists. Let’s take a look at these little suckers and identify why they pose problems for your story.

Ever notice how often you write “he turned” or “she turned” when you’re describing a character in your novel doing something? I suspect we all do this, in our first drafts.

The king placed the scroll back on the table. He turned and walked to the window.

Libby stared at her brother, unable to believe what she had just heard. She turned, went to the door, and walked out. 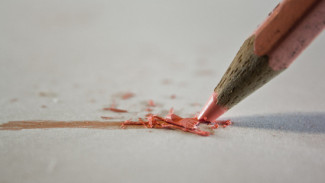 Notice how turned adds nothing to the description in these two examples. The reader assumes, if a character is going to move from point A to point B in a scene, he or she will probably have to make a turning movement. That’s understood, so it need not be explained. Stating it merely slows down the action and spoils the vividness of the scene.

The king placed the scroll back on the table. He shuffled to the window.

In the second example, She turned, went to the door, and walked out could be tightened to read …