Authors sometimes ask, “Can a sentence end in a preposition?” They were under the impression it couldn’t, yet here I am, their book editor, changing some of their sentences so the preposition appears at the end. What gives?

What gives, is common sense. What wins, is natural language. Decades ago, grammarians insisted that no sentence could end with a preposition, and that rule was taught in schools. But the rule has changed, thank goodness. Grammar rules change to reflect the evolution of a language, and it sounds very stilted to the modern ear when we stick a preposition in the interior of a sentence just to keep it from showing up at the end. As one modern grammarian put it: “This is the kind of nonsense up with which I will not put.”

So yes, by all means, end a sentence with a preposition if that’s the natural flow of the sentence.

Interestingly, the public’s well-meaning attempt to adhere to that out-of-date grammar rule has spawned a whole new grammar error in modern times: simply deleting the preposition. We are now seeing sentences like this: Your call will be answered in the order it was received.

According to the old rule, the preposition is to be inserted into the body of the sentence. With the new rule, it can appear either in the body or at the end. But at no time, by nobody’s rule, can the preposition simply be chopped off. Yet that’s what people are doing, as demonstrated.

Of the two options, the second is better, because it sounds less stuffy. We got rid of the preposition there legitimately—by completely changing the sentence construction. Received becomes an adjective modifying order, instead of being part of a prepositional phrase. Often, the solution to a problem sentence is simply to reconstruct it from scratch, detouring your way around the difficulty.

Of course, it would be correct grammatically to simply add back the chopped off end-preposition to the original problem message: Your call will be answered in the order it was received in. But that, though grammatical, sounds terribly awkward. Rerouting the sentence is the better option.

Make friends again with prepositions. They’re a perfectly respectable part of speech. You naturally utter dozens of them each time you open your mouth. Write them into your sentences in the same natural places where they intuitively seem to want to appear. Don’t go deleting them! Don’t develop “preposition phobia” and start chopping naturally occurring prepositions off the ends of your sentences. Often, that’s right where they belong. Respect the caboose.

Can a sentence end in a preposition? Sometimes it darn well had better. 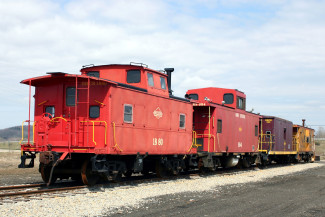