In centuries past, authors used pen names. We all remember stories of America’s Founding Fathers (James Madison, Alexander Hamilton) and their underground writings, inciting the citizens to rebel against England. Pen names hid their identity in order to save their lives.

Then there were the female Victorian authors (George Elliot, the Bronte sisters) who used men’s names to land a publisher (since everyone knew anything written by a woman could not be worth reading!)

We’re accustomed to Internet posters hiding behind aliases—usually to hurl insults at other posters without harm to their own names and reputations. But other than on the Web, it’s uncommon today for writers to hide their true identity.

So it came as no small surprise when I learned that the woman behind one of Michael Stelzner’s Top Ten Websites for Writers uses a man’s pen name. 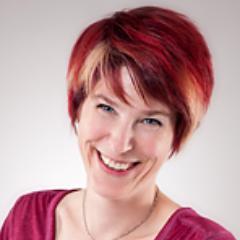 James Chartrand, owner of www.MenWithPens.com, is actually a woman, and no—her mom didn’t name her that. The story of why this highly successful writer uses a pen name is an eye-opener.

It was many years ago, and James—newly separated from her partner—was struggling to feed her small family. She came from a corporate background and was an accomplished writer, but her efforts at landing freelance copywriting gigs were not proving to be lucrative. One day she tried something new: applying for the same jobs using a male name. She actually applied twice—once with her real name, once with the nom de plume. Again and again, as “James Chartrand,” she got awarded the assignment. Same skills, same talent, same experience … man’s name.

This will come as a shocker to readers who think, as I did, that gender discrimination in the workplace is mostly a thing of the past. But James tells the story so much better than I can. Read her fascinating article, Why James Chartrand Wears Women’s Underpants. And if you’re a female author, you might re-think that matter of a pen name.