I frequently get emails from ESL authors—non-native English speakers who have written a book in English and are looking for an editor before they publish. ESL authors, this article is for you.

If you are extremely fluent in English, this article does not apply to you. But if you aren’t, and if you’ve written the book in English, or translated it from your native tongue, the cost of an edit will probably be extremely expensive, possibly as much as ten times the cost of an ordinary edit. Even if your grammar and punctuation are fairly good, unless you are a master of English idioms, expressions, and slang, the document will be full of errors that need correcting.

I frequently receive manuscripts from ESL authors, often people with a wonderful message to share but whose English is wanting. Corrections often need to be made in every single sentence. It’s a tedious, time-consuming task for an editor to stop and fix every line of type, and that’s time the writer has to pay for. So rather than go that route, I suggest you think outside the box and find a more affordable solution.

Here are a few tricks that have worked for some ESL authors. If they haven’t actually written the book, rather than write it in choppy English, they instead write it in their native language then hire a native English speaker to translate it. This doesn’t have to be an expensive professional translator, just someone who knows both languages and who has spoken English since birth. After that, the author can have their book edited and expect to pay a pretty typical editing fee.

But most of the ESL authors who contact me have already written their book. Either they wrote it in their native tongue and did a poor translation of it themselves or they wrote it originally in choppy English. Almost every line has two or more mistakes of either grammar, punctuation, or idiom. It’s hard for these authors to find a professional editor willing to work with them and whom they can afford. 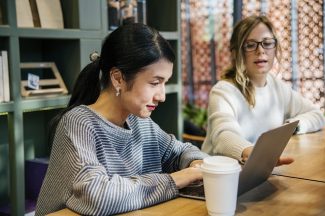 So here’s what I advise if you are one of these people:

If you wrote the book in your native tongue and translated it yourself into (choppy or confusing) English: Hire a native English speaker, who is not an editor but who is reasonably fluent in your own language, to translate your material into native-sounding English. Do not hire a translator who is not a native-English speaker. I’m repeating the word “native” a lot because it’s really important. Only a native speaker will get all the idioms right, and all the common expressions right. Only a native speaker, someone who grew up speaking English in the home every day, can make what you’ve written sound like native English. And that’s the level of writing quality you need before you approach an editor, if you hope to be quoted a normal, affordable price.

Keep in mind that the person you hire does not have to be a translator by profession. Any native English speaker who also is fluent in your own tongue will most likely be able to do the job effectively, and at far less than a professional translator would cost. If you aren’t sure whether the person you have in mind is up to the task, you are welcome to send me a sample of their translating—just a few translated paragraphs will suffice—and I’ll be able to tell you from that whether they are a genuine native English speaker and if their English is good enough for you to pay them to translate your book. I do this as a courtesy for ESL authors and would not charge you for this.

If you wrote the book in (choppy or confusing) English: Hire a native English speaker to correct the English. This person can be any native speaker who is fairly literate. It need not be a professional editor. For example, you might ask a high school teacher or a college student, or you could hire someone who advertises as an editor on one of the internet discount sites. You would pay them far less than you would pay a professional editor, and they would work 90% of the kinks out of the manuscript for you, just by making it sound like normal English. After that you could approach a professional editor to fix the remaining 10%, and pay the same price as anyone else would pay for a professional edit.

So my advice for ESL authors whose English is not perfect is: find a native speaker to translate your book or to correct your English before you submit it to a professional editor. Once you have the document converted to native-sounding English, if you ask for pricing from professional editors, you will receive much more reasonable-sounding quotes. I wish you good luck!