Every few years I come across a client who responds to a developmental edit by feeling offended. They have an emotional reaction to the criticism. The closer the story is to the author personally, the greater the chance this will happen. Memoirists, for example, share intimate details of their lives. Having those sensitive subjects scrutinized by an editor who gives them honest feedback can, understandably, feel a  bit like having a wound debrided. Even if a doctor is gentle, debriding hurts, and even if a developmental editor is gentle, constructive criticism can feel a little painful. 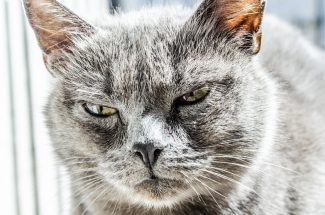 I recently edited a memoir by an ex-con who had a most interesting story. He had written about his transition from crime and depravity to a life of honesty, productivity, and amazing success. I enthusiastically took the project on because I believed in the potential of his story. But in the process of the developmental edit, it became apparent to me that his focus was too much on the external details of his history and not enough on the emotional journey he’d been through. The manuscript read more like a very long newspaper article than like a memoir. Also, he wrote with great gusto about “the fun” he had during his days of doping and drug smuggling, which I knew would be off-putting to readers if he didn’t temper it with some self-reproach for his behavior during that time. And a third flaw was that when he wrote about his successes, it came across sounding like boasting.

As the developmental editor, it was my responsibility to explain these issues in his first draft of the story, and to suggest where and how he might make revisions that would correct these problems. But the client had a terrible time accepting this feedback as valid. He angrily informed me that many friends and family members had read the manuscript and told him it was great. His self-image was so tied up with what he had written, that he could not accept that it needed more work, and refused to put in any effort to make it better. I’m sure he’ll be sending the manuscript to agents who will pass on it as amateur, never bothering to tell him why they do not want to represent him. He will scratch his head, get discouraged, and perhaps after enough doors are shut in his face, he’ll reconsider the original criticism and make the needed improvements to his story. But by then he’ll have burned his bridges with who-knows-how-many agents, which will limit his chances of finding representation. 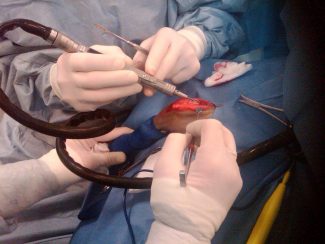 The moral of this story is: don’t get mad at your editor. If you’re lucky enough to find a genuine, professional editor—someone who gives it to you straight rather than flattering your ego—realize your good fortune, and do something productive with the valuable information you receive. A good developmental editor will tell you honestly what every agent will think but will be too busy or too kind to explain. If you ask for a developmental edit, understand going in that you’re hiring a book surgeon, and that surgery is generally not as fun as a day at the amusement park. Brace yourself for the criticism, separate yourself as much as possible from the manuscript, and be prepared to revise however much you may need to. Most authors who do this, succeed in elevating their raw first drafts to something truly professional and publication-worthy. Authors who are too close to the writing to be able to do this, end up never getting published. Or, they give up on their dream of getting an agent and instead self-publish, then are devastated to find they get awful reviews.

Remember … your friends and family love you. They’re always going to tell you what you’ve written is great, particularly if they sense that’s all you really want to hear. You may ask for honest feedback, but if they fear it will offend you, they won’t risk the relationship to give it to you. I can’t count how often first-time authors have sent me a manuscript they bragged “needs very little editing” because their friends and family told them the book was just wonderful. And invariably, the book needed a lot of work.

So don’t get mad at your developmental editor. She has a tough job, trying to find the words that will show you where improvements are needed without crushing your creative spirit—showing you what needs fixing while helping you stay positive about your manuscript’s potential and your abilities as a writer. That is no small task, and the genuine editors are up to it. So don’t spoil your manuscript’s chances for publication by assuming the writing is further along than it is. Be open to straightforward criticism, and let it be the crucible that hones your idea or story into the best it can possibly be.