Recently I reviewed a frustrated author’s query letter, synopsis, and first twenty manuscript pages that had been ignored by over fifty agents. Understandably, the writer was discouraged and wanted to know what was wrong with his materials and why he was getting no requests to see the manuscript. In one version of his query, the author called the novel a supernatural thriller. In another version, he called it a horror novel.

To his credit, the author had a smashing concept, and a plot with original and surprising twists. He also demonstrated plenty of writing talent. So what was sabotaging his efforts at getting professionally published?

The problems were several. The story as outlined in the synopsis included several plot holes. Whether or not these existed in the actual manuscript, the fact that they showed up in the synopsis would lead any agent to assume that the novel itself also was full of logical inconsistencies. The author also made one frequent, repeated, grammar error, and his dialog was rambling rather than focused. But there was another problem with his introductory materials: the author was unclear about his genre.

We’re accustomed to mixed genres in film and books these days, so authors sometimes falsely assume that anything goes where genre is concerned. This author tried to combine thriller with horror, and that mixed about as well as oil and water. 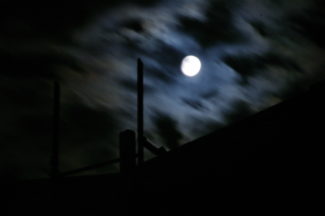 Let’s talk about why horror and thriller should never be combined, how the two genres are different, and why it’s so important to write in either the one genre or the other.

First, let’s look at the elements that identify each of these seemingly similar but actually very different genres:

The author I’ve been talking about did not write his protag as helpless. He wrote him as clever and brave, giving the antagonist, all the way through, a run for his money. That characterizes a thriller. Yet evil prevailed in the end. That characterizes horror. Letting evil win violates the thriller genre’s rules, as does abundant blood and gore (another characteristic of this author’s confused manuscript).

So this writer had a story that was neither thriller nor horror. It didn’t meet the requirements of either because it tried to combine the two. Any agent would have trouble promoting this author’s manuscript to a publisher, because the audiences for the two genres tend to be quite distinct. While some readers enjoy both horror and thriller, a lot of thriller fans (such as myself) detest horror novels. And I imagine a lot of horror fans would feel cheated buying a novel that was advertised as horror when the action is that of a thriller—the protags putting up a determined fight against evil instead of being powerless in scene after scene, as horror fans relish and expect.

Agents know this, so if a manuscript comes in that is neither thriller nor horror but an unfortunate mix of the two, they figure it will be difficult to sell to a publisher or to the public, since neither the thriller audience nor the horror audience is likely to enjoy such a story. Therefore the author receives a pass. Even his query receives a pass, if it demonstrates that he’s mixing the two genres.

Remember: a thriller thrills. It excites. It has us rooting for the good guys in a challenging contest between good and evil, where the good ultimately wins. The emotional territory of a thriller is courage. Horror, by contrast, stakes its claim in the emotional territory of fear. Evil is in charge and ultimately wins the day, even though the protag may be personally spared. A thriller projects hope and empowerment. A horror projects helplessness and despair. The two genres, correctly written, are as different as day and night.

So are you a writer of horror or thriller? Don’t muddle the genres. If you have been doing that, now you can stop, because now you know the difference.