Here is a writing mistake I see often as a book editor. A client uses—or rather, misuses—hundred-dollar words to, supposedly, elevate her manuscript. She wants to dress the writing up, to make it sound professional, so she adds in fancy words from the thesaurus instead of going with simple words used in everyday speech. Let’s talk about how not to use a thesaurus—and the problem of wrong connotation.

Words belong in communities. You have to know the community a word belongs to, in order to use it correctly. Another way of saying this is: words have flavors. Two words may have the same literal meaning (called denotation) but an entirely different flavor (called connotation). 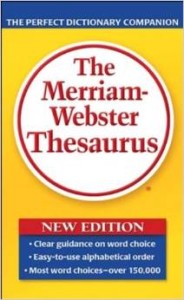 Another example: stalwart versus stubborn. These two words have the same denotation, but the connotations are quite different. Stalwart has a positive, earnest flavor, while stubborn has a negative, uncooperative flavor. Most of us wouldn’t make the mistake of writing stubborn when we mean stalwart, because we are familiar with both words and attuned to the subtle emotional difference between them. 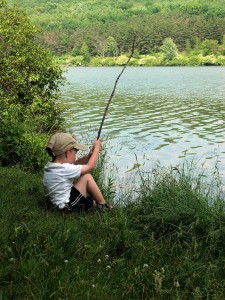 The problem comes in when we have a common word in the text of our manuscript and go fishing for a fancier word to replace it with. In this situation, we’re likely to grab a word we have not seen or heard used often but that has lots of syllables and that therefore sounds intelligent and impressive. We assume it has the same meaning as the word we’re replacing, because, after all, it was listed as a “synonym” in the thesaurus. But that so-called “synonym” may be completely different in flavor and emotion than the original word we thought was too humble to use.

Never use a word in your writing that you are not profoundly familiar with. Chances are, if you do, you’ll be using it incorrectly. A hundred-dollar word used wrongly in a sentence makes an author look pretentious, and ignorant to readers who actually do know the meaning of the word. There’s nothing wrong with having a rich vocabulary and using it in your writing—but pretending to a knowledge of words you don’t honestly have is a risky business. In general, unless there’s a particularly delicious complex word that you know absolutely belongs in your sentence, use of a simpler word is the better alternative.

Leave Pompousness for the Peacocks 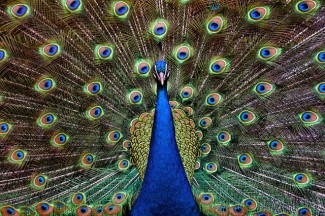 We could write “The valedictorian began speaking ” or “the valedictorian commenced speaking,” and both would be grammatical, but the second choice of words comes across as pompous and affected and makes the author sound uppity. On the other hand, if we’re writing a historical novel and want to convey the flavor of ancient times, it may be completely appropriate to write, “Let the ball commence!” as part of the dialog. Every word in the English language has its place. Problems arise when we don’t pay attention to what that place is, and use the word injudiciously. To avoid wrong connotation, get sensitive to the emotional flavor of words, and go easy on that thesaurus.