As a professional book editor and writing coach, one of the mistakes I often come across in the fiction writing of clients is the repetition of information the author already gave to the reader. For effective fiction writing, it’s important to remember that nothing is more boring to your reader than having to read the same information twice.

Of course, budding authors don’t do this intentionally and rarely recognize they are doing it unless someone else points it out. From the author’s perspective, they are just writing the dialog for a scene, writing down what the characters are telling each other.

The problem develops when one of the characters is telling another character what the reader already knows. For instance, if you’ve shown us a car crash and your character George being rushed to the hospital, followed by the doctor explaining to Ellen that his kidneys have been damaged and he may not live, you don’t want to have a subsequent scene where Ellen bursts into Sonya’s house and tells her that there’s been a car crash, George was rushed to the hospital, the doctor said his kidneys are damaged, and he may not live. Sonya doesn’t know that yet, but because we, your readers, already do, you have to write the scene between Ellen and Sonya in a way that doesn’t spell that information out all over again, adding redundancy slowing down the story.

One solution would be to start the scene at the point where Ellen has just given the news to Sonya. You can show us Sonya’s reaction to the news, and Ellen’s response to Sonya’s reaction. You would start the dialog at this point, too, with what they say to each other after the news has been shared. An alternative solution might be to leave out the scene where Ellen tells Sonya, and just show Sonya at the hospital, perhaps holding George’s hand. We can deduce from such a scene that obviously Sonya has been given the news.

A related mistake that new fiction authors sometimes make is telling the reader something that is obvious. For instance, if you just wrote that “the messenger breathlessly burst into the room,” you wouldn’t follow that up with a line from the king like “Messenger, do you come bearing news?” Quite obviously, the messenger has come bearing news, and it makes the king look stupid to have him ask that. Of course, if you’re writing a humorous or satirical scene, that would be a different story, as that line from the king, in such a circumstance, could be rather funny.

Never state the obvious, and never tell ‘em twice. For more effective fiction writing, inscribe these two rules in your memory. Once you do, you’ll become sensitive to when you are making such mistakes. Then you’ll be more likely to automatically identify any lapses and self-correct. 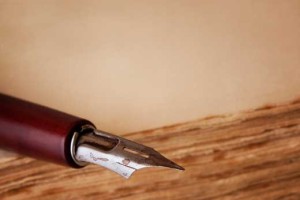