Perhaps you’ve wondered: should you place the period inside or outside the quotation marks? Believe it or not, it depends on where you live. If you’re an American, the period always goes inside. If you live in Great Britain, the opposite is true.

The same can be said for the comma, where quote marks are concerned. Are you American? Tuck it inside there, Yankee. Brit? Strut that comma on the outside.

Correct for American English:
“Our periods and commas go inside the quote marks,” he said, “because we Americans are so deprecatingly modest.”

Correct for British English:
“Our periods and commas go outside the quote marks”, she said, “because we Brits don’t mess with the mother tongue”. 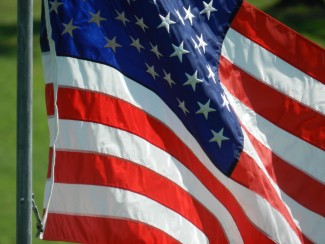 What about if you live in Australia? Technically, Australia still follows the rules of British English, but as time passes, more and more Aussies are using American spellings and punctuations. Smart Aussies—they know who won that War of Independence, by golly.

In case you’re wondering, this rule about period and comma placement applies to single quoted words and quoted phrases the same as it applies to quoted whole sentences: 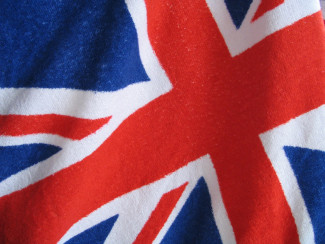 So should you put the period inside or outside the quotation marks? Look to your flag for the answer. And don’t forget to salute.