As a book editor, I notice subtle distinctions between manuscripts written by aspiring writers versus seasoned authors. One of these distinctions is hardly ever talked about in writing classes, but in my experience, it makes all the difference between lumbering and polished prose. I’m talking about the rhythm and sound of a sentence.

We all know rhythm and sound are important elements of poetry, but few people realize they also are major ingredients in exceptionally written (or beautifully edited) prose. When we read words in our head, on some subtle level we “hear” them. They may clunk along like a clumsy drunk or glide across the page like a graceful dancer.

Sometimes the difference between a great sentence and a good one is just that. Does the rhythm flow, or is it disjointed and awkward? Are word sounds appealing, or do they sound like muttering?

Thoreau to the Rescue 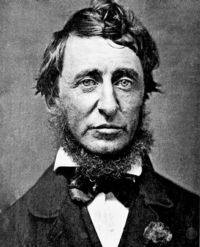 Let me show you what I mean with an example. Take a look at these sentences by Henry David Thoreau, long considered one of the greatest prose writers in the English language. Notice the beautiful rhythm of the lines, as if he were writing poetry. But he’s not—this is actually an excerpt from “Spring,” one of his prose essays:

The sinking sound of melting snow is heard in all the dells, and the ice dissolves apace in the ponds. The grass blade, like a long green ribbon, streams from the sod into the summer, checked indeed by the frost, but anon pushing on again, lifting its spear of last year’s hay with the fresh life below. So our human life but dies down to the root, and still puts forth its green blade to eternity.

Beautiful, isn’t it? But I’ll bet Thoreau’s first rendition of that—before revision—went something like this:

You can hear the snow melting when you go for a walk. The ice is more or less disappearing now. I’ve noticed that the frost kept the grass from growing through the winter, but the grass is growing again now. It kind of reminds me of little spears coming out of the ground. It’s kind of like our lives, the way we die but go on living as spirits after we die. We never really die, though, because really, we are eternal.

Okay, I’ll admit Thoreau’s first draft probably wasn’t that rough, but this gives you an idea of how a choppy, wordy first draft could be transformed into something truly grand. I’ll also admit I’m laughing as I write this, and had great fun ruining Thoreau’s sublime sentences—reverse editing, I guess you’d call it.

Funny, but There Is a Point 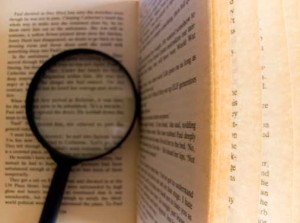 But I’m making a point here. Compare the two versions line by line, and you’ll see why the one is so superior to the other, although the ideas being expressed are the same.

I think one of the reasons I’m an effective writer and editor is because of the training I had in poetry writing in college. I had excellent teachers, who taught me to listen to a line, to pay attention to each word. Once you learn to do that with poems, the skill transfers to all forms of writing, and your prose takes on an elegant quality. It’s a matter of really looking at and listening to what you’ve written, and tweaking it until it sings.

So I’m not kidding when I suggest you examine the above two passages line by line, noticing precisely—sentence by sentence—how they differ. That sort of close examination is the only way to sensitize yourself to the difference between great versus mediocre wordsmithing.

In Thoreau’s version of the passage, notice his choice of the just-perfect noun, and his sparse use of adjectives. Notice the lack of lifeless “clutter words.” Every word serves a purpose. No dead wood clings to those sentences at all.

The lines have such a smooth cadence that they could have been written in stanza form, had Thoreau so desired. There’s no needless word repetition to spoil the sound in our ears—unlike my version, where I repeat “die” three times in two lines, along with “kind of” twice in two lines. (“Kind of” is an example of a dead-wood phrase—one that adds nothing but clutter. See my article Three Tips for Tighter Writing for more about “clutter words.”)

Polish until It Gleams 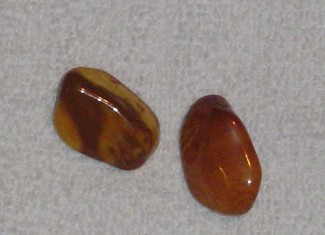 Polishing your writing is an important part of the revision process. That means going over every sentence and tightening it, axing “clutter words” and pointless repetition, and arranging the language so it flows with a natural, pleasing cadence. This is one of the things I do to prose when I edit it for my clients, but writers who learn to do this for themselves give their editor less repair work, and that cuts down on the time and cost of the editing. The better of a writer you become, the less professional editing your manuscripts will need.