As a book editor, I’m sensitive to trending grammar and punctuation mistakes. I say “trending,” because they seem to emerge as trends, creeping into people’s writing like shadows, until pretty soon, everyone is doing it.

Have you noticed how lately you’re seeing a lot of semi-colons being used – instead of the humble comma – to separate items in a series? Instead of: 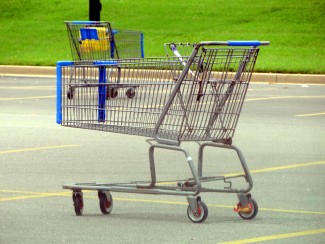 The second version looks a little cooler, like the writer is aware of some clever punctuation rule the rest of us are clueless about. But in fact, the second version is incorrect: commas should have been used.

So is it ever correct to use semi-colons in a series? Yes. And that’s probably why the problem first started. People saw semi-colons being correctly used in a complicated sentence, thought that looked impressive, and decided to try to copy the effect.

Here’s when it is okay (even required) to use semi-colons in a series: when you have commas within that series. Here’s an example:

On the list were bread, which she would use for stuffing; frozen peas, to go in the casserole; milk; and paper towels, to mop up the mess.

So why did we use semi-colons here and not in the original sample sentence? Because this sentence is much more complex, with commas within the listed series of items. Here’s how the sentence would read if we wrote it incorrectly—with all commas:

On the list were bread, which she would use for stuffing, frozen peas, to go in the casserole, milk, and paper towels, to mop up the mess.

Kind of ambiguous, isn’t it? It sounds like she’s maybe going to put the frozen peas into the casserole, 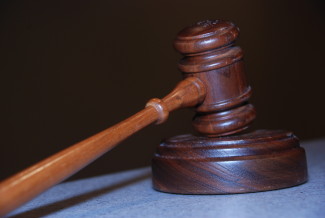 milk, and paper towels, all three. That’s because we have two kinds of commas intermingled here. To eradicate this sort of confusion, the almighty grammarians have ordained that we switch out the “series commas” for “series semi-colons” instead.

If that sounds confusing, try reading the sentence again: the original simple version with commas, the complex version with semi-colons, and the incorrect version with all commas. I’m sure you’ll see what I mean if you read those over carefully.

Here’s another example of when semi-colons in a series are appropriate:

For his birthday, Matthew got a toy truck; a scooter; and a mysterious box full of pockets, zippers, and surprises.

In that sentence, we have a series within a series, so all the commas would be confusing if we didn’t do something. The solution is to substitute semi-colons for the commas in the “outer” series, and use commas for the “inner” series (the series within the series).

Semi-colons can be cool, but when they show up in the wrong place, it’s like tuxedos showing up at a beach party. Respect the semi-colon. Use it judiciously. It’s as likely to make you look foolish as smart, if you don’t know and follow its rules.