I recently struck up a friendship with a first-time author I met in an online writers’ forum. He had written a YA novel that was soon to be published by a small publishing house. He hoped it would be the first of a trilogy.

Seeing the beautiful prose style this person used when writing on the forum, and knowing what an accomplishment it is to find an agent and publisher, I had high expectations for the book and was eager to read it when it came out. The author’s goal was to establish himself as a writer of high-quality YA literature. This mattered more to him than making money on the project. He hoped that publishing through a traditional publishing house would give his book the pedigree it needed to succeed.

But the book was a disappointment. GoodReads gave it a cumulative score of three stars. The story started out with a highly original premise. It created a world that fascinated and drew you right in. The plot had lots of twists, plenty of excitement, and there was a mystery to top it off. The story had so much promise, but the writing never fully rose to meet it.

It wasn’t a bad book. No respectable publisher would have bought it if it was. But this is an author who values excellence, who wants to write high-quality material. He had a brilliant idea, fairly well-executed, that he sent to an agent, who sold it to a publisher. The publisher had him do one rewrite and told him that was good enough. The problem is, it wasn’t. It was good enough to rake in some dollars for the publishing house, but the story never got good enough to be literature, or to earn the author any acclaim, which, after all, was his goal.

And it came so close. With a little rethinking and re-visioning, the book would have hit the mark. It could have launched this author into the world of books with a take-notice reputation. But the novel never got there, because the publishing house editor didn’t bother to help the author refine the story to the best that it could be. “Good enough” was acceptable.

An Industry in Decline

This is a common problem in the publishing world today. Even in the most reputable houses, the priority has shifted from producing books of quality to producing what is likely to make an easy profit. In-house developmental editors at one time could be trusted to shepherd a manuscript through to the best version of itself, to raise B+ stories to the level of A+, but those days are over. Today, even major publishers have laid off a high percentage of their in-house editors and instead outsource the work to Third World countries. Books roll off the presses not just with uncorrected syntax and grammar errors, but with plot holes and weak character development … and a host of other problems as well.

In this milieu, an author who wants to write literature, not pulp fiction, must find a way to rise above the situation. Years ago, you could expect that if a respected house bought your book, it would get the editing go-over it deserved. That is simply no longer the case.

Ensuring Your Own Excellence 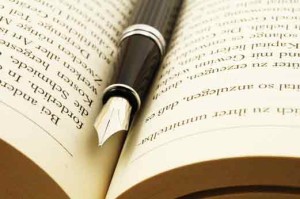 So what are serious authors to do? They’re left no choice but to get the fine-tuning their books require without the assistance of the publishing house editor. They need to employ a bona fide  independent editor, skilled in fiction writing (if they are novelists) and trained in old-fashioned, thorough book editing.

This author’s book had real potential. Had he received a decent critique (a developmental edit), he could have corrected most of the problems himself. The remainder could have been eliminated with a professional copy edit—services available through qualified, freelance, professional book editors. It would have cost him a couple-thousand dollars to launch his reputation as a writer of genuine literature. But he didn’t know that at the time, and now it’s too late, at least for this book.

If your goal is to write quality literature, don’t let something similar happen to you. Get your novel the help it deserves, before you let the horse out of the gate. You only get one chance.