Something is amiss. You’ve written a great novel. You’ve sent your query letter to over sixty agents, and still you’ve had no requests to see the entire manuscript. Why isn’t your query letter working? As a book editor and writing doctor, I get emails from first-time novelists telling me this common tale of woe. When they send me their query to look at, I routinely find one or more of the following kiss-of-death errors sabotaging their success. Are you having trouble getting manuscript requests? If so, read on. You will find yourself somewhere in these paragraphs!

Mistake #1: There’s too much story summary

Agents who want to see your synopsis will include that information in their submission guidelines. Unless they require a synopsis, don’t give it to them—either as a formal synopsis or as an informal story summary in the query letter. The more you say about what happens in your novel, the less reason they have to ask to see it. The old joke “Why pay for the cow when you can get the milk for free?” applies here. Time is money, and it takes time to read a manuscript. If you’ve already revealed the main beats of your story, and that bleached, bloodless skeleton (which synopses typically are) doesn’t stir their imagination, they likely will not want to spend time reading the book. Since your novel is doubtless far more interesting than your summary, don’t 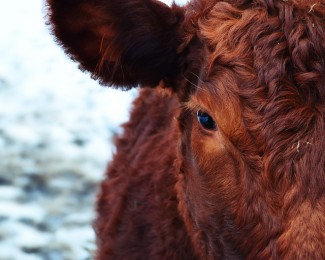 give away the story by putting it in your query letter. Make them ask for the manuscript.

Instead of filling paragraphs of the query with story summary, give the agent an appetite-whetting, one-sentence (at most, two-sentence) logline. Take time refining that logline before you send it out. Read up thoroughly on how (and how not) to write a logline. It should pack a punch in under thirty or forty words and contain the central conflict or problem of the story. The goal is to get the agent to feel the intrigue and the tension. It must make the agent say, “I’ve got to see that book.”

Remember, keep the query short: one page (one-and-a-half tops). If you need more room than that, you’re either being verbose or you’re including material that shouldn’t be there.

Agents do what they do as a profit-making business. Bottom-line, they only take on authors whose work they believe they’ll be able to “sell”—meaning novels they think they can sell a publisher into buying. They may like your story idea—maybe even love it—but if you’ve written a war novel and they know war novels aren’t selling now, or you’ve written some literary fiction that sounds like it might be depressing, you will probably find yourself out in the cold.

To keep from giving the impression that your novel’s unsalable, you must convince the agent that an eager target audience exists. I have one client who succeeded in signing with an agent through a query about his war novel, in spite of the fact that the genre wasn’t selling at the time. His trick? The query mentioned that the book is in the style of 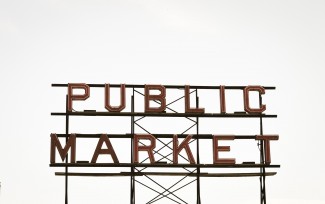 two famous popular authors (which it is), and dropped the suggestion that not enough books are published for male readers today, who hunger for tales of a more “masculine” nature. This fired the imagination of several agents, who requested the manuscript. Convincing agents that they will find a ready market for your book is one of the most important things you need to achieve with your query letter. Without that, even if everything else is perfect, you likely won’t hear back.

They also want to know if you have a platform of your own for selling the book, should they find a publisher to accept it. If you have thousands of Facebook or Twitter fans, or regularly get interviewed on radio talk shows, or belong to a network of people who are interested in the subject you wrote about, be sure to include such facts near the bottom of your letter.

Mistake #3: The most important part is at the bottom

Speaking of the bottom, be careful not to bury important information there. Agents may never read all the way to the end of the letter, so if there’s something really striking they should know about you or your story, put that in the first sentence or two. One client of mine wrote a novel about parents recovering from the death of their child. The fact that he and his wife themselves once lost a child, he left until the last paragraph of his query. He should have led with that.

Many queries fail because they include information that doesn’t belong in a query. Don’t mention your day job or the places you’ve worked unless working there qualifies you to write about your topic. If you’re a cop and you’ve written a crime thriller, by all means mention your profession (and early in the letter). The same thing goes for hobbies and personal interests—if they make you more of an expert on your subject, mention them. If you’ve written about the death of a child and your hobbies are movies and coin collecting, leave the hobbies out.

Only include information that is relevant to an agent’s consideration. Agents get hundreds of queries a day, and they hate having to read through the slush pile. Keep your letter short and to the point. That shows you respect their time and know what they care/don’t care about, which marks you as a professional. It also keeps their attention.  If they’re bored while reading your query, they assume they’ll be bored reading your book.

Don’t praise your own writing. Don’t say the book is touching or witty or the next great bestseller. That sounds like boasting. Let the agent request the manuscript and decide for herself what its merits are. Praising your own book, even with a boasting adjective or two, spells “amateur writer” in capital letters. Humbly explain what you’ve written. Don’t write the query like an ad.

Mistake #5: The writing has flaws you are blind to

Finally, if you’ve done everything else right and still are getting passes, assume that it’s the writing. The query letter could be wordy, ungrammatical, or otherwise technically flawed. Or if the agent asked for sample chapters submitted with the query, your novel sample may have fallen short.

One author contacted me because she’d had great success with her query, and lots of requests to see her novel, but after she sent out the manuscript, things always went silent on the agent’s end. In looking over her letter, I saw she had a logline that snapped and an excellent query in every respect. She was clearly a fluent writer of prose. The first chapter, which she had been including with the query as a sample, was also quite stunning, with an original opening and a strong hook. The problem was the rest of the manuscript. The novel was full of major storytelling errors, to which she was oblivious.

If you’re certain your query is faultless and yet you’ve received no requests for the manuscript, get the help of a qualified fiction editor and find out where the blind spots are in your writing. Having even your novel’s first five thousand words professionally critiqued can reveal volumes, arming you with tools and knowledge that can elevate your writing by several storeys.

That concludes my laundry list of the trouble with query letters. Getting an agent to request your manuscript is not as difficult as many new authors assume. Agents are hungry to find great stories and to connect with qualified emerging writers. That’s how they earn their living, after all. Without writers, agents would starve.

The trick is to write great material—a truly excellent novel, polished and well-edited—and to introduce it with an amazing query. If you can do that, manuscript 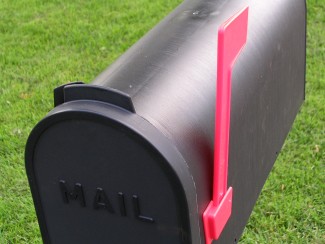 requests will start to show up in your mailbox. And you’ll stop asking yourself, “What’s wrong with my query letter?”

5 Comments on “‘What’s Wrong with My Query Letter?’”