That sounds like a trick title, right? You’re expecting me to follow it up with a punch line. But guess what: publishing your memoirs or autobiography is no joking matter. In many cases, it makes you vulnerable to libel lawsuits and financial devastation.

You think I’m overstating the risk? Think again. If you’re writing or planning to write your life story, have you researched what the law calls defamation? Are you sure you’re on solid ground?

I’m not a lawyer and am not giving legal advice. I’m a book editor, who has seen one author get into trouble. I’m speaking from my experience as a lay person, and from the results of my private research. I’m going to tell you the warning I give to people who ask me to edit their memoir or autobiography.

Traditionally, people published their life story at the end of their life. Ever wonder why? Maybe because most of the people they wrote about were dead. Apparently it’s legal to write unflattering things about dead people and celebrities, but when you paint what can be construed as a negative picture of anyone living who is not in the public eye, you may open yourself to a defamation lawsuit. 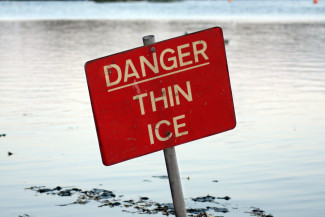 Even if you write only one negative sentence about someone in a book that barely mentions that person. Even if you write the story as fiction and change some of the facts. Even if you change the person’s name. If that person or those who know him or her can identify the character you write about as a particular real individual, you can be in trouble.

You and the Bear

I’ve heard writers say: “It isn’t libel if it’s true.” What they generally don’t understand is that if there’s a lawsuit, the burden of proof for what is true rests on the author. That’s right, the burden of proof. So unless you can prove in court that someone did what you said in your book they did, you hold the short end of the stick.

Today it’s become common for people who’ve undergone trauma or abuse to decide to write a memoir. They know they have a riveting story, they rightly sense that writing it will be cathartic, and they think putting it all into a published book will alleviate their pain. But it’s one thing to privately journal about the experience, another thing to destroy someone’s reputation—however well-deserved that destruction might be. Poke the bear enough, and the bear will usually wake up. And then it’s just you and the bear.

If you’re wanting to write that kind of memoir, do the research. Look up “defamation” and “libel” and really understand what you’re getting into. Speak to a defamation attorney about it. If there’s even a minor character in your book who you paint in an unflattering light, it’s possible that person could sue. You want to tell your story, but how much money are you willing to lose to do it? Some defamation lawsuits have run into the millions. It isn’t always the good guy who wins. 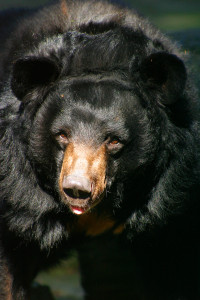 But what if you’re dying to tell your tale of injustice? What if everything in you says you need to get it out there? Go ahead and write it. Get it out of your system. Get it down on paper and out of your heart. Write it, and, I recommend, put it in a drawer. Take it out when you’re eighty, and if you still want to publish, have at it. Provided that all the villains and fools you wrote about are dead. Provided that it is safe to publish your life story. (For more tips on memoir writing, see this informative article.)