Remember when your English teacher told you that good writing is descriptive writing, showing not telling, rich in the details of sensory experience? While this is true to a degree, there’s an important caveat to that advice that typically writing teachers forget to mention. We book editors, however, deal every day with the writing mistakes the missing information causes. So I’m going to share with you what your teacher forgot to say (or maybe never understood, probably not being a fiction writer herself).

Ten White Geese – A Novel with Too Many Feathers

Recently I read a novel I picked up off the library shelf because the title intrigued me: Ten White Geese, by the Dutch writer, Gerbrand Bakker. It was chock full of this sort of thing—description that led nowhere, description for description’s sake. Just as you can’t (in quality literature) get away with writing violent scenes or sex scenes for their own sake, descriptive passages for their own sake have no place in a quality novel, either.

Descriptive passages should be integrally bound to the story—so much so that if you left them out, the story would not be as profound, powerful, or clear. If you can delete your beautifully written descriptive paragraph and the story makes just as much sense and has just as much depth of feeling and meaning without it, that scene probably belongs in your recycle bin.

The Problem of Gratuitous Description 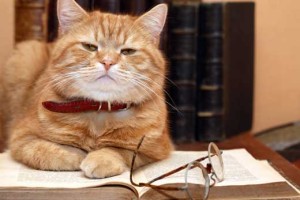 feel cheated or annoyed when reading extravagant description that leads nowhere. In the book I just mentioned, several pages were devoted to describing in minute detail the steps the protagonist took in laying out the grid and flagstones for her garden. While this may be useful information for a nonfiction book on gardening, it had no place in the novel in question. The reason: because it had not one thing to do with plot line or character development in the story. The scene existed for its own sake. The lengthy description wasted my time as a reader because I came to the book for a story, not to learn the details of garden preparation.

Since this scene took place early in the novel, I was not yet clued in to the fact that the author  used description irresponsibly. I assumed there was something in that description of laying out the grid and the flagstones that was going to have significance later on in the plot, so I paid close attention and read the passage thoroughly, looking for symbolism, foreshadowing, or other hints at to why the scene was there. When I got to the end of the novel and found that half the book’s content (including this scene) had been gratuitous description, that it all had led nowhere (except, perhaps to acknowledging the author for his intricate knowledge of gardens and the Welsh countryside), I felt like throwing the book across the room.

Olive Kitteridge – A Novel Worth Its Reputation 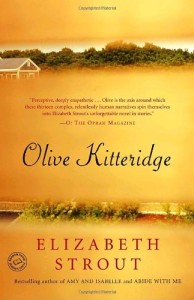 By contrast, a great example of a novel that uses description to build the story is Olive Kitteridge, by Elizabeth Strout. Here, description serves the primary purpose it should: revealing character or enriching plot. There’s a scene, for example, where an aging drug store owner is falling in love with the girl who runs his cash register, but he is loyally (albeit unhappily) married. He is so in denial of his attraction that he genuinely has no idea he’s falling in love. There’s a moment in the store when the girl says something innocently beautiful that touches him, and he notices a shaft of sunlight falling on the brown wooden floor, turning it golden, like honey. This description of his perception represents the way he is feeling—his mundane, lonely life transformed by the sweet, simple presence of the unassuming girl beside him at the counter. I won’t tell you what happens, but it’s worth reading the book to find out. Olive Kitteridge won the 2009 Pulitzer Prize for Fiction, and it’s no wonder.

What was special about that scene description? Certainly the metaphor of the sunbeam turning the floor golden, like honey, was charming in its own right. But what made it exceptional was that it had actual meaning in the context of the story. It symbolized the emotional state of one of the main characters. A writer of lesser stature might have written such a metaphor as description for its own sake, having nothing to do with the characters or plot. In that case, it would have been a pretty piece of fluff, but nothing more.

Be judicious in your scene descriptions, and in all your novel’s descriptive passages. Tell us enough detail to make the scene feel real, but keep the focus on your characters and story. Use description when it creates the mood you need for a given scene, or when it foreshadows something, or symbolizes the feelings or mental state of a character. If the details don’t serve one of those purposes, or some other purpose strategic to your novel, it’s better to leave them out.