As a writing coach and book editor, I’m sometimes asked by beginning novelists what the secret is to great characterization. What makes the difference between a memorable fictional character and one that just disappears into the page?

Creating characters that zing versus the kind that put readers to sleep depends, for one thing, on giving them memorable personality traits.

Give Them Engaging Qualities 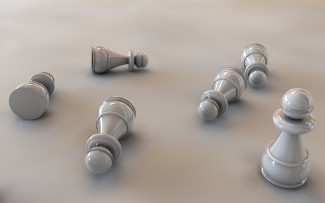 The first rule of powerful characterization is to make every character unique. This may seem like an obvious thing to do, and most authors know to do it for their main characters, but it’s important that even minor characters have something that distinguishes them from everyone else in the story—something to make them more than a name on a page, more than a pawn in a plot.

This distinguishing trait can be as insignificant as a habit of chewing a toothpick or always saying, “Exactly!” Perhaps the character has flaming red hair, or a tendency to speak sharply. Perhaps she grins like a Cheshire cat, or likes to play the lottery. You only need one unique trait for unimportant characters—just enough for the reader to remember them by, so everyone doesn’t blend together in the story, like colored paints bleeding together to form one boring, grey-brown blur. 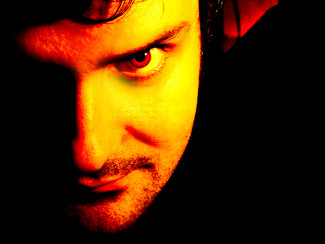 By contrast, your antagonist (the “bad guy”) will, of course, have serious character flaws. In the antagonist’s case, the rule of thumb is reversed: give the bad buy four or five negative traits, and offset those with one positive one. No one is all bad or all good in real life. It’s said even Hitler had one positive trait: apparently, he was kind to dogs. If you make your antagonist purely evil, he will seem like a twirling-the-mustache villain out of a silent-movie melodrama instead of like a believable human being. And that will make your novel less involving for the reader.

One alternative to giving your antagonist a single positive trait is to show in the story how he came to be so awful. Once we know what happened to make someone go bad, that character seems more like a flesh-and-blood human being.

Keep in mind that you need to indicate a character’s defining character trait(s) more than once. Remind us of them throughout the story, so we remember them, and so the characters don’t fade and become forgettable as the story progresses. By “remind us,” I don’t mean telling the reader in so many words. I mean showing, through what the characters do or say, what they are like. Examples: if a distinguishing trait of one character is that she loves to bake pies, you’ll have her baking a pie, or giving someone a pie, or doing something with a pie more than just once in the story. If the distinguishing trait is that a boy has red hair, you’ll mention the hair color in your initial character description, then stick in reminders a few times throughout the narration (“smoothing his red hair,” or “his red hair sticking up in all directions after his nap”). Notice I didn’t write, “Remember, he’s the one with the red hair.” Rather, I worked the reminder into an action that could fit naturally into the story. 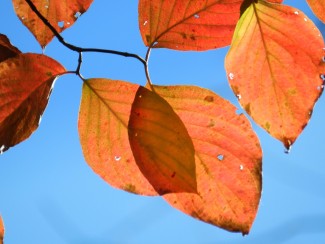 It’s also important not to have two characters with distinguishing traits that are too similar. I’m currently editing a novel where two minor characters (in the original writing) each had a scar on his face. One was a burn scar, the other a laceration scar. That got confusing as the story progressed; it was hard to tell which character we were reading about. When I pointed this out, the author changed the burn scar on the face to a burn scar on the arm, and the problem was solved. (Side note: also avoid giving two characters names that are too similar. Lisa and Lynn, Branton and Brad, look enough alike that readers can mix them up in their minds, particularly if they’re names of minor characters.)

In summary: Give your minor characters one distinguishing trait each, and endow your main characters with several clearly defined traits, both positive and negative. Characters need not always be likable, but they must always be engaging. If you can achieve that, we’ll care about what happens to them and will want to read to the end of your novel to find out.