There’s a fun story I’ve been sharing with friends that I think my blog readers also will enjoy—especially those of you who like thrillers. (And isn’t that just about everybody?)

No, the story I have to tell you isn’t a thriller, but it has to do with thrillers, as you will see in a minute. No fair skipping to the end—that’s cheating!

This is a real-life incident that happened to the father of one of my friends. This man, whom I’ll call Steve, was sitting in an airport one afternoon waiting for his plane to arrive at the gate for boarding. It turns out there was quite a long delay. A friendly-looking man was sitting a few seats away from him, and the two guys struck up a conversation.

Steve found the other man very engaging, and the two had a great time chatting with each other. After a while, one of them suggested getting ice cream, so they strolled over to one of the vendors and bought some. They sat back down, talked some more, and tasted each other’s ice cream.

After a while, the plane taxied in, and Steve stood up to leave. The other man stood up as well.

“It was so nice talking with you. I’m Steve Richards,” my friend’s dad said, extending his hand to the stranger.

The other man shook Steve’s hand, smiled warmly, and said, “Great talking with you, too. I’m John Grisham.”

Now hopefully there’s no one reading here who is wondering, “Who’s John Grisham?” But in case you fell off the turnip truck or just arrived from the planet Pluto, John Grisham is an attorney and probably the world’s most famous thriller writer. His books The Pelican Brief, The Firm, and several of his others were made into major films. (Thank you, Tom Cruise.)

I’ve always liked John Grisham on account of the moral integrity that is the backbone of his stories. He educates the public, through fiction, of things in the legal world that are dirty and that all of us need to know about. He writes about the little guy winning against corrupt corporate and political forces. So he’s kind of a hero of mine.

But when I heard this story, he rose even higher in my estimation. John Grisham is a humble, simple man, who is not too good to hobnob with the rest of us. He will even let you taste his ice cream.

My friend’s dad was blown away on hearing John Grisham’s name. Steve is a thriller fan himself and had read many of Grisham’s books. He just didn’t recognize the famous man’s face until he heard his name. Then he realized why that face looked so familiar. 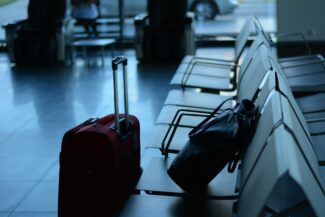 Blessings on you, John Grisham, though I’m sure you will never read this. You make the world a little-bit-better place. You truly are an author and a gentleman.