You’re getting ready to write your novel or memoir. How do you decide which tense you should use: past or present? In the case of a novel, you also need to decide whether to write in first person or third. These are common dilemmas and ones worth exploring, because selecting the right tense and point of view from the start will save you getting stuck part-way into the writing, unable to make that choice work for the remainder of your story.

The Problem with First Person

Let me tell you the problem that one of my author clients ran into, which illustrates the difficulty. She had written her entire novel in first person, present tense. She just liked the sound of present tense better, and thought the story would seem more intimate and personal written from the “I” perspective. Everything went smoothly until the very end of the manuscript, where she got stuck. The problem was that she wanted to show the sneaky activities of the main character’s cheating boyfriend. But she couldn’t write these using first person, because the girlfriend (main character), who was narrating the story, didn’t know what the boyfriend was up to!

The author couldn’t simply insert a couple of scenes at the end, told from the third-person perspective. Alternating points of view is permissible, but only if you do so in a consistent fashion, switching back and forth throughout the entire novel. What’s not okay is to suddenly, at the end, switch the point of view, or to switch it for just a small patch of the story. You either have to alternate the point of view consistently throughout the entire novel, or else stick with the same point of view throughout.

This problem caused the author to have to go back and do some substantial rewriting to overcome the difficulty her first-person narration had created. Of course, had she planned out the scenes of the novel before starting to write, she could have foreseen the problem ahead and constructed the story with several chapters written in third person, or in the first-person perspective of a second character. This would have allowed her to make the scenes at the end either third person or narrated from the viewpoint of another character who knew what the boyfriend was doing.

So think it through before you start: can all the scenes you need to craft be written from the first-person perspective of one of your characters? If not, write in third person, or else alternate your chapters so you have a mix of first person and third (or multiple characters narrating in first person).

If you’re writing a memoir, of course, which person to write in is not an issue, since memoirs are always written in first person.

The Perils of Present Tense

So what about tense? The same requirement of consistency that applies to point of view, also applies to tense. A lot of first-time authors feel that present tense sounds more immediate and exciting, so they attempt to write their novel or memoir entirely in the present. But that can land them in a ditch when they need to share some backstory. It also can make for grammatical challenges when they need to refer even briefly to something that happened in the past. In those instances, they need to revert to past tense, or to present-perfect tense, and that can get terribly messy. It’s hard to navigate correctly between tenses when switching is required, and writing the bulk of a story in present tense requires a lot of switching!

Let me give you an example. In the following passage, the memoir author initially writes in the present tense: the tense in which he chose to cast his story. But then he has to talk about something in the past, so he correctly switches to past tense for a couple of sentences. Unfortunately, he forgets to switch back to present tense when he’s done writing about the past. Eventually, he remembers, and ends the paragraph in the present tense. But meanwhile he’s created a big grammatical boo-boo.

Read the passage for yourself, and see if you can tell where he slips up: where he should have come back to present tense:

I ponder the many mysteries about Frederick. I wonder about his life. Did he ever marry, have children? How happy was his childhood? He had a way of explaining things that I naturally related to. Was his teaching ability an innate talent, or a skill he had worked to develop? Either way, I was starting to understand. At that moment, in the quiet of the sunrise, it starts to all make sense.

Did you catch it? Where he goes wrong is with the sentence beginning “He had a way …” Here is how the passage should have been written, for the tenses to be correct:

I ponder the many mysteries about Frederick. I wonder about his life. Did he ever marry, have children? How happy was his childhood? He has a way of explaining things that I naturally relate to. Is his teaching ability an innate talent, or a skill he worked to develop? Either way, I am starting to understand. At that moment, in the quiet of the sunrise, it starts to all make sense.

How to Solve the Dilemmas 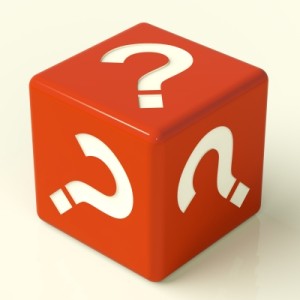 Now here is my strong recommendation, authors: if you can’t easily and immediately tell where the writer went wrong in that passage I just shared, don’t start writing your story in present tense! It’s way easier to avoid serious grammatical mistakes if you simply tell the story in the naturally flowing, straightforward, past tense. Here’s how that passage would look if the author had chosen past tense for his memoir:

I pondered the many mysteries about Frederick. I wondered about his life. Did he ever marry, have children? How happy was his childhood? He had a way of explaining things that I naturally understood. Was his teaching ability an innate talent, or a skill he had worked to develop? Either way, I was starting to understand. At that moment, in the quiet of the sunrise, it started to all make sense.

What I’m saying is that while the option of casting your story in present tense can seem original and alluring, it’s a bear to carry out successfully. Unless you’re a master of complicated grammar, you’re going to make lots of mistakes. And it will cost you bundles to hire an editor for the time-consuming task of correcting your tenses line-by-line across the entire memoir or novel (if you can even find an editor willing to take on that tedious task). Unless you have a darn good reason not to, my advice is to write your story in past tense.

And about the matter of writing in first person? Third person is much more flexible for novelists. It won’t drive you into dead ends. You can get away with first person if you plan your scenes and chapters in advance, making sure either that first person will serve them all or else alternating with chapters that are third person. If you’re writing a memoir, though, you always write in first person.

Traditionally, novels are written in third person/past tense, and memoirs are written in first person/past tense. There’s a good reason for that. It works! Yes, you can “get creative” and digress from the standard way of storytelling. But if you do, you’re likely to run into problems with the writing, problems you must be grammatically and technically skilled enough to handle. Most authors aren’t, so do yourself a favor and choose wisely!