Bet you didn’t know this little rule of thumb, that will make your sentences trimmer and more professional whenever you have a series of something.

And the rule is (drum roll): only list three in a series! Not four, not five, not as many items as you would like to list in the sentence, but three. Three period.

If you have four, five, six, or seven, pick your best three and discard the rest. Your sentence will sound so much better.

And in case you aren’t sure what I mean by “three in a series” versus “more in a series,” here’s an example: 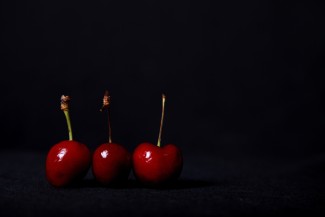 Three items in a series: The boy ran, skidded, and slid across the ice.

Four items in a series: The boy skipped, ran, skidded, and slid across the ice.

This is not a grammar rule, but a style rule, that professional writers (and entities like newspapers) try to abide by.

What if you absolutely must list all your items? What if the meaning or the flavor will get lost if you pare the items down to three?

In that case, let common sense guide you. Sometimes the items can be written in the form of a bulleted list—problem solved. Other times, you just have to break the rule.