I’d like to share with you my “vote” for best thriller series: the Jack Reacher novels by Lee Child. I’m a big fan of thrillers, and in my estimation, Child’s novels are as good as the genre gets. But not only are the stories laden with danger and excitement, each novel is also a mystery. The reader is challenged to unravel what the bad guys are up to, at the same time the protagonist, Jack Reacher, is forced to unravel it. The stakes are high, with Reacher needing to get to the bottom of the scheme, usually before some vulnerable, innocent person gets killed.

And the Jack Reacher character is so admirable and likable that you keep wanting more. Here’s how the author described him in a Time magazine interview:

“(He’s) two things in one. On the surface, he is an ex-military cop who is suddenly dumped out into the civilian world. He doesn’t fit in, and he spends his time wandering America, seeing the things that he’s never had time to see before. He’s trying to stay out of trouble, but masterfully once a year getting into trouble. He’s also the descendant of a very ancient tradition: the noble loner, the knight errant, the mysterious stranger, who has shown up in stories forever … He is a truly universal character … I’m writing the modern iteration of a character who has existed for thousands of years.”

In another interview, Child compares Jack Reacher to the Japanese wandering ronin; Robin Hood; and the Western stranger who rides into town, saves he day, then rides off into the sunset. Reacher is an archetype of courage, toughness, independence, and goodness that resonates deep with the human psyche and hence with most any reader.

As a book editor and writing coach, that fascinates me, as it hints strongly at one factor that makes any novel succeed: a protagonist that resonates with the human spirit. The Jack Reacher novels certainly resonate, if sixty million copies sold are any indication.

But if the appealing main character lures us from one novel to the next in the series, it’s the promise of a first-rate plot that cinches the deal. What is it about Lee Child’s plots that makes his thrillers so much better than most? I think it’s that genuine, complicated problem to work out, that each of his stories promises. Compare that to other thrillers that try to disguise a thin plot with cheap tricks to keep you guessing, such as jerking the reader backward and forward in time for no good reason, or withholding important facts when narrating a scene, in hopes of creating “mystery.”

In the Jack Reacher novels, the reader learns the facts at the same time Reacher learns them. I always feel cheated when I’ve spent countless hours reading some thick thriller, only to find at the end that the protagonist knew certain facts all along that the author simply chose not to share. That makes for a phony story, because the big question mark is not what the bad guys are doing but what the author has decided to arbitrarily withhold. I don’t know about you, but to me a good mystery thriller has to be about something more than trying to guess what the author left out, to fool us. 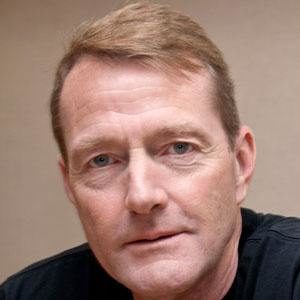 Admittedly, some of the Jack Reacher novels are better than others. On occasion it feels like the author cranked one out just to meet his publisher’s deadline without really having a fully developed story in mind (case in point: The Midnight Run, which tries to make up for a lifeless plot with repetitious descriptions of scenery and only gets really interesting at the end).

But when Lee Child gets it right, he doesn’t just score points, he hits it out of the park. The Hard Way, Bad Luck and Trouble, A Wanted Man, and One Shot are absolute stunners. To date, Lee Child has published twenty-two Jack Reacher novels, with another one due out this November. I’m happily working my way through the list.