The following article by Jessi Rita Hoffman was originally published as a guest post on the excellent Storyfix.com blog. 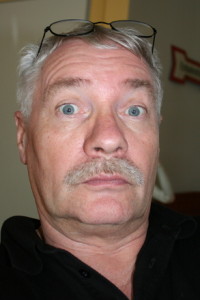 Does your dialog writing sound natural or off-kilter? Does it read like real people talk, or like grade school children stumbling over their parts in a play? If you have patches of dialog in your novel that just don’t ring true, it may be because your exposition is showing.

Exposition is the insertion of backstory. Backstory is background information—incidents that happened in the past that readers need to know about to understand what’s happening in the present. For exposition to work, it has to be subtle.

One way to insert backstory is to put it into the mouths of your characters. If this is done artfully, it works. If it forces the character to say things he or she would not naturally say, it backfires.

Here’s an example of exposition dialog that backfires—intentionally exaggerated to make a point:

A husband comes into the kitchen for breakfast and says to his wife, “Good morning, my wife of twenty-five years, who has borne me three children. I hope you are standing there at the stove making pancakes for breakfast, because that is what I like best to eat in the morning.”

This sounds unnatural—to the extent that it’s downright laughable—because, of course, the wife already knows she’s been married for twenty-five years, has three children, and that her partner likes pancakes. In real life, a husband would never say those things to his wife. No author would write something this ludicrous unless it was intended as satire, but amateur authors—in less exaggerated ways—do this all the time. They spoil their characters’ dialog, weighing it down with forced exposition. Afterwards, they know something is wrong, but can’t quite put a finger on what it is.

Here is a real-life example, from a real-life aspiring author. The context: Jonathan has invited Jenny, his girlfriend, over for a home-cooked meal. This is part of their dinner conversation …

“So when is your interview coming up for your promotion?” Jenny asked.
“It is scheduled for the end of January, but I don’t have the date yet,” Jonathan replied.
“What is your prospect of getting promoted?” she asked again.
“I think I told you that this woman who is the manager in another branch is trying hard for this position. Her academic credentials are better than mine. And I heard that she will stop short at nothing to get what she wants. But I am much more experienced in management. The statistics in my branch have improved monumentally since I took over three years ago. Business accounts have almost doubled, and personal checking and savings accounts have gone up 150%. She is very aggressive, but I will be damned if I am going to let that broad take this away from me,” he said.

One problem with the conversation is that real people don’t normally speak to each other in long speeches like this. Natural conversation goes back and forth, usually in small snippets. It’s full of broken sentences and interruptions.

Let’s revise that dialog, to make the exposition less obvious while allowing the characters to talk as they would if they were real people.

For starters, let’s put some of Jonathan’s words in Jenny’s mouth. (I’m presuming if she’s his girlfriend, she already knows a lot of what Jonathan is saying.) Let’s have her interrupt with comments that more naturally bring out the backstory.

Let’s also add in some gestures (actions) to make the discussion more interesting and to convey the emotion I’m guessing the characters are feeling. And let’s allow them to speak in the casual style boyfriends and girlfriends typically use with one another, rather in formal “grammar-speak.” (Dialog writing is one place where grammar should not be a consideration. Real-life speech is not very grammatical!)

Here is how I would edit that conversation …